David Fitzgerald Roberts lived and worked as a print and radio journalist most of his life in the Caribbean (Guyana, Grenada, St Lucia, Antigua and BVI) after serving as a  training officer in the Guyana Defence Force. While living in the British Virgin Islands he co-founded the BVI PennySaver newspaper and served as its editor until moving to the UK. 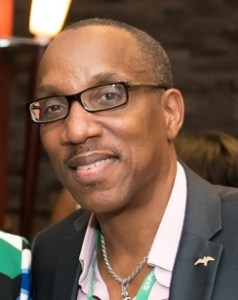 In 2000 he emigrated to United Kingdom set up Innovative Marketing Technologies Limited (IMT) with a view to tapping in to his extensive corporate database to provide essential facilities difficult for Caribbean governments to underwrite. IMT provided 180 sponsored street signs to the government and people of St Kitts and Nevis as part of the Cricket World Cup 2006 preparations.

In 2007 David decided to take the plunge and go after mainstream corporate funding by appearing on the BBC 2 Dragons Den program. Though he did not get the cash he needed to expand IMT and suffered some humiliation on the show, in spite of being coached by previous Dragons Den winner, Reggae Reggae sauce creator Levi Roots himself, David regards the experience as invaluable and unforgettable.

Determined to succeed at his dream, in 2008 he set up Global Marketing International Limited with the help of a wealthy Caribbean investor and pioneered the design and delivery of 81 international standard directional road signs to the government and people of Antigua and Barbuda in the first year of trading.

The key to David’s relative success is taking risks, persistence and fair play. Basically he lives by the code, BELIEVE IN YOURSELF; TAKE RISKS; NEVER GIVE UP; SAY WHAT YOU MEAN AND MEAN WHAT YOU SAY! 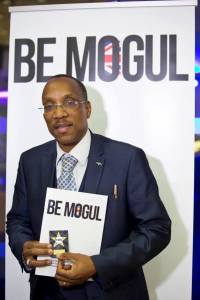 Showing off my BE MOGUL award in London (February 2016)